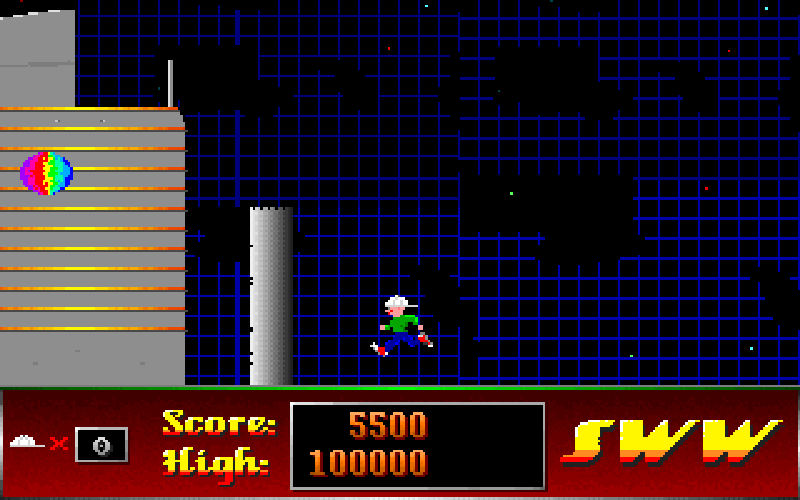 You play Willy, and you must shoot spitwads at bouncing balls. Each time you hit a large one, it splits into two smaller ones. And so on.

Whenever you split one, it drops a cool powerup item. It’s similar to the series known a Buster Bros, or Pang. The game also features bosses and other enemies that come to attack you.