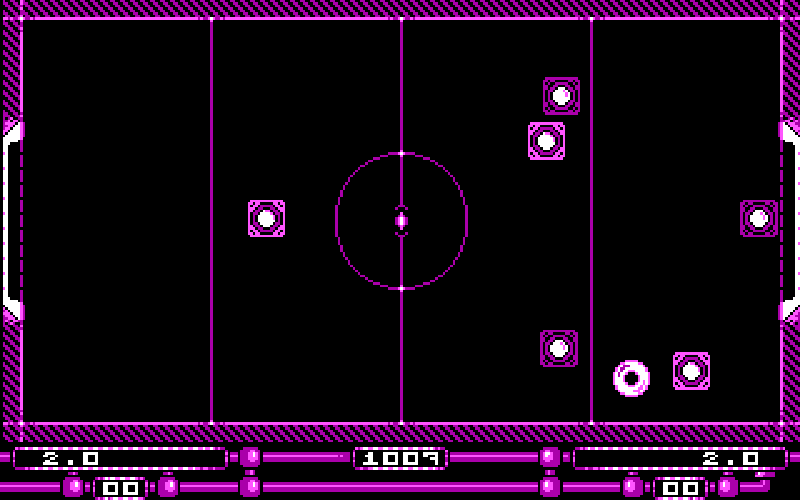 A challenging future hockey game, with fast and smooth action, and crisp graphics. You can play against a friend, one of the computer teams, or try to win the Solar Hockey League itself.

Run hockey.com. In the main menu, press 1 to change your opponent, which defaults to a human player. The other names are computer teams.

Press 3 to start the game. Play using cursor keys to move the player nearest to the disc, and ENTER to fire.

You play from right to left.